The IPCC Fifth Assessment Report emphasizes that behavior, lifestyle and cultural change have a high mitigation potential in some sectors, particularly when complementing technological and structural change. In general, higher consumption lifestyles have a greater environmental impact.

Humans are increasingly influencing the climate and the earth’s temperature by burning fossil fuels, cutting down rainforests and farming livestock. These consumption patterns are strongest in the developed part of the world, but much of the resources needed are taken out from poor countries like Mozambique. At the same time the population growth in Mozambique has doubled since independence and keeps rising in quick rate. The vast majority of people are subsistence farmers that lives far from cities. The slash and burn agriculture practices and need for cooking fuel in the cities puts enormous pressure on the remaining forests of the country.

These factors, together with an insatiable demand for cheap hardwoods on mainly Asian markets in conjunction with weak law enforcement results in even higher pressure on the forests that are rapidly degrading and disappearing. Over exploitation of forest resources is the norm as opportunists harvest as much as they can in a race towards quick money. 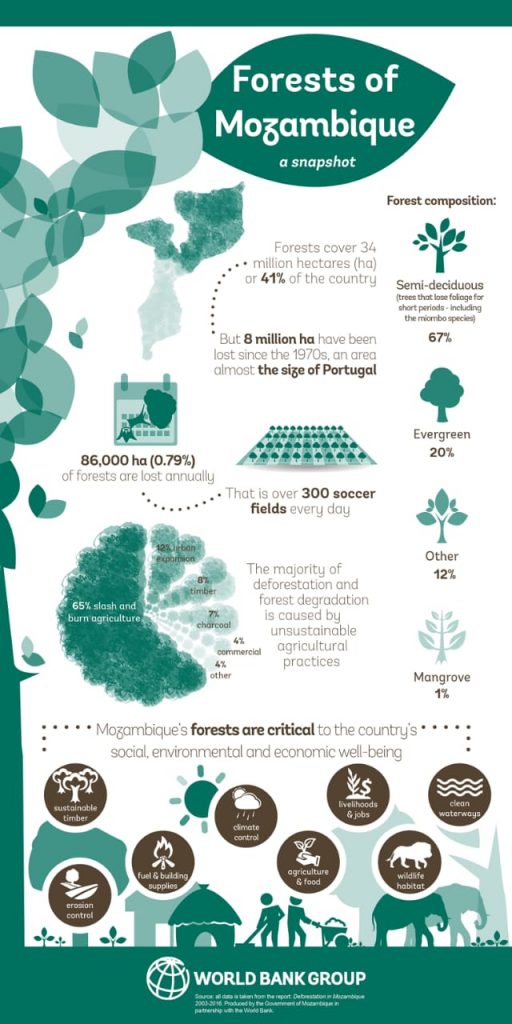 Poaching, both for house hold protein and illegal wildlife trade is prevalent all over the country and poses a serious threat to the biodiversity.

Illegal or unsustainable logging due to timber trade and charcoal manufacturing is rapidly degrading the forests.

Uncontrolled wildfires are a symptom of both rising temperatures and slash and burn practices. They seriously threaten the forests as the fires kills the young trees, and set back the growth of the bigger individuals, if they are lucky enough to survive. 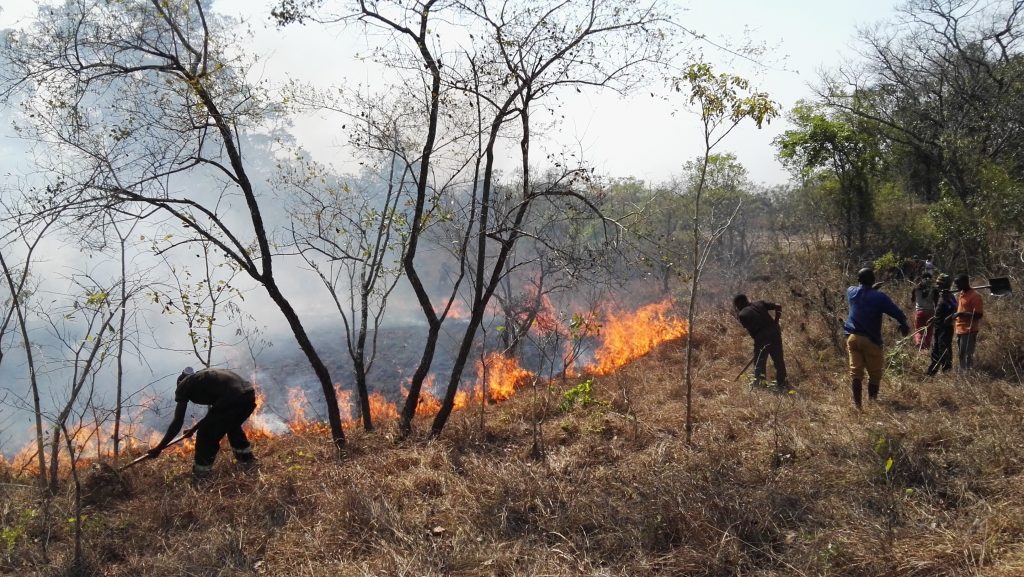